So, we went to find Forest City and instead found the remains of the smelter that gave birth to the town. I will be returning to find the town itself.

Located in the valley of Dutchman Flat in American Fork Canyon, just over the mountain from the ski haven of Alta, was a mining town called Forest City born in 1871 from the Sultana Smelter. The American Fork Railroad was meant to serve Forest City and the smelter, but, as pictures will show (next week, I'll take pictures of the road)... engineering difficulties and transportation costs were too much for the mines to be profitable.

A narrow gauge railroad line was to run from Deer Creek (which was located where the fishing destination of Tribble Fork Reservoir is now) four miles up the rocky, scary (two way traffic on a one lane dirt road, with "Hairpin Turn".... cliff on one side, wall on the other. Yeah. At certain points it was a scary drive) dirt road. I assumed that road follows that old railroad plan, as I have no idea how else you could get to the smelter, and surely in the 21st century this is not a road Utah would plan.  The display there confirmed my suspicions.

There are no signs labeling Forest City when you make the treacherous drive up. (Thank you so much to my father-in-law for letting us use the Blazer!) My research told me all that remained was the cemetery. We missed the turn off for the cemetery (no signs to point my way and no map... besides my little drawing of our route), so I'll be going back tomorrow to find it again. I was please to find the remains of the smelter, though! The displays there told a little of Forest City's birth.

Depending on the source, gold, silver, lead and other precious metals were discovered in American Fork Canyon by the Miller brothers in 1870." (source: the displays at the site about the mine and restoring the lead filled water) Or perhaps first, the 'mining boom began from Johnston's Army looking for gold, lead and silver in the early 1860's'. (source: Deseret News) Prospectors had staked claims by the hundreds and Forest City was born virtually overnight.

Over seven million dollars of gold, silver and lead was extracted between 1870 and 1920.  The smelter was built by the Miller Mining and Smelting Company for $90,000. The 'ore production peak in World War I' helped meet the demand of metals. It was the most successful operation in American Fork Canyon, going dry in the 1940s. However, from what I've gathered, I believe Forest City was a ghost long before then due to the inability to get a railroad up to the site.

Forest City served as a lumber town with several sawmills. There was a diary farm, post office, stables, boarding house, stage coach line,  two general stores, at least one hotel, houses and a "successful" saloon. I even found one source telling me there were enough children living there there was a school.

Forest City had about 150 (in 1871) permanent residents, though I found some estimates go as high as 3,000 in its short life. Certainly thousands passed through. The smelter alone employed 250-300 men in 1871. It was the most costly smelter in Utah Territory (again, that freaky road!). Forest City grew around it. Moving bullion and ore out of the canyon was costly. The Aspinwall Steamship Company (based in NYC. They bought the mine for $120,000) organized the American Fork Railroad Company to connect the town and smelter to the valley and save costs. The Utah Southern Railroad stopped at Sandy at the time (24 miles north in Salt Lake County). With a plan to extend the railroad south to Utah County, the new railroad planned to join it at American Fork. Construction began in May 1872, reaching the mouth of the canyon by August.


Then winter hit. The canyon shut down.  Diphtheria killed eleven children and five adults who now rest in unmarked graves in Graveyard Flat. (Pictures tomorrow!) There are no headstones left, and a fence around a historical marker is the best guess of where the cemetery's borders were.

By 1873 plans to build the railroad up to Forest City were abandoned. Miller Hill Mine stopped production in 1874. The smelter was dismantled in 1876. The rest of the mining was not enough to keep the railroad coming. Too unprofitable. So, 1878, the first Utah railroad to go out of business was the American Fork Railroad. The city was deserted by 1880. The dirt road destined to carry a railroad connecting the drowned ghost of Deer Creek and Forest City is now used by dirt bikes and four wheelers. 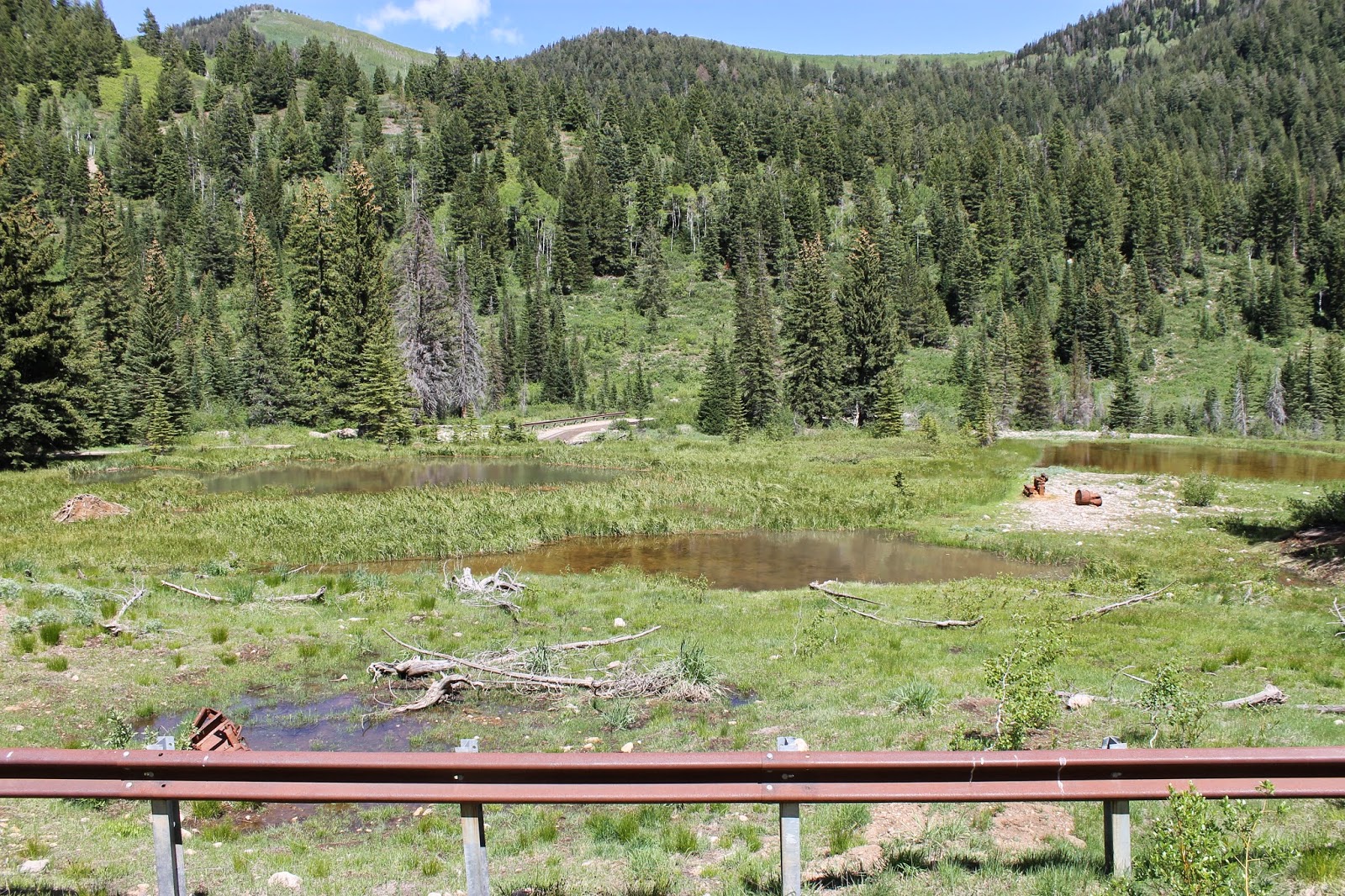 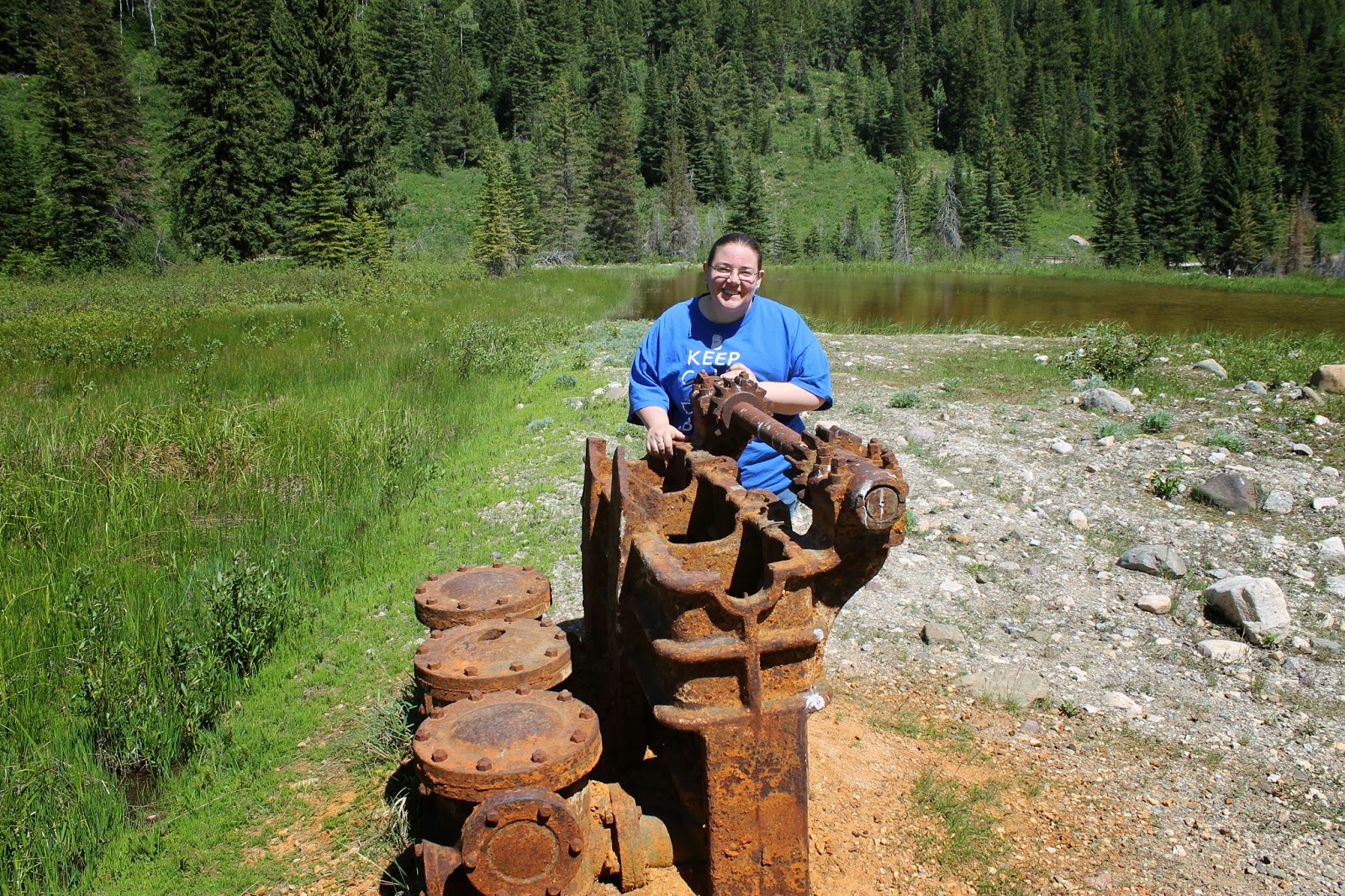 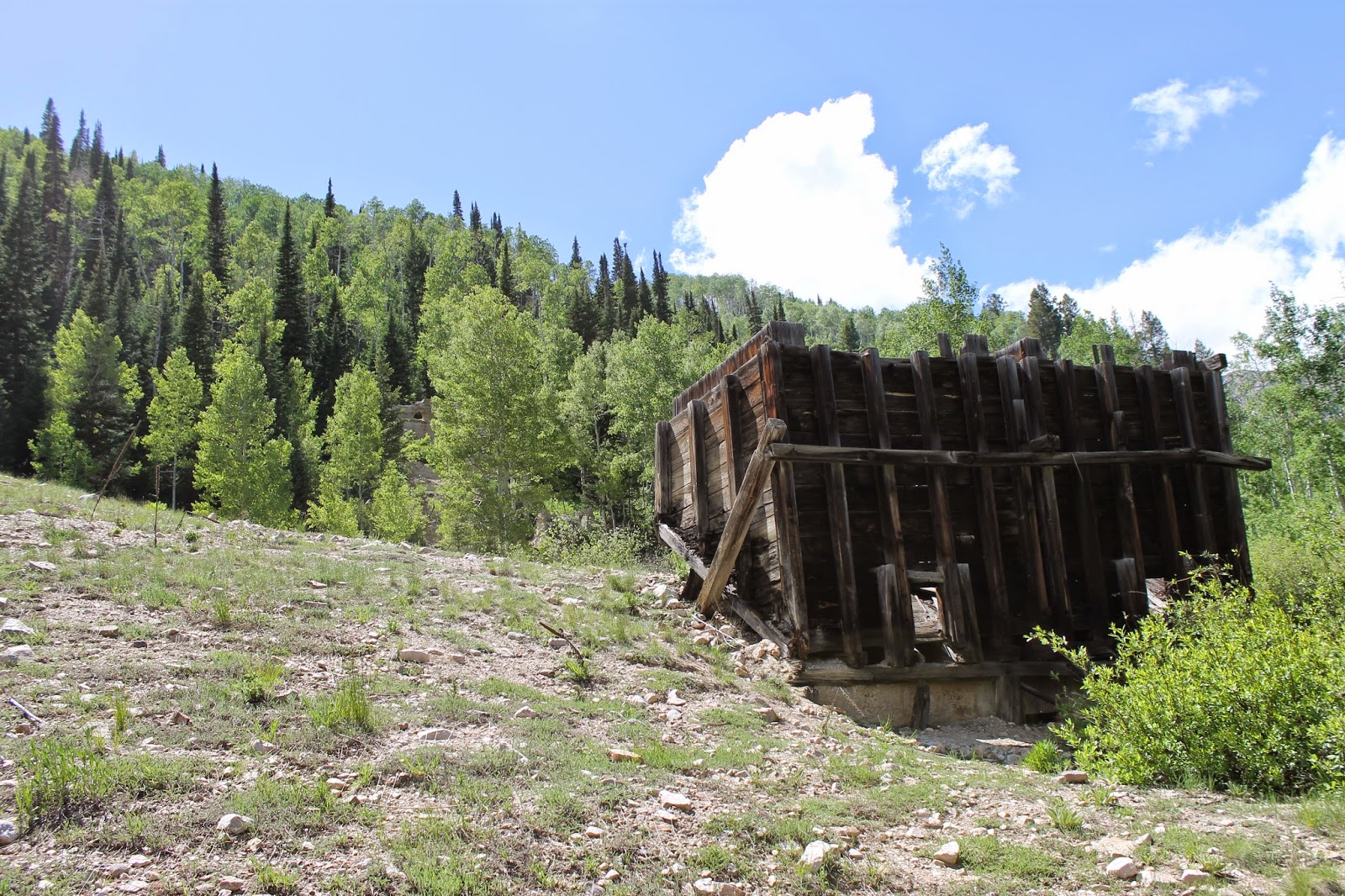 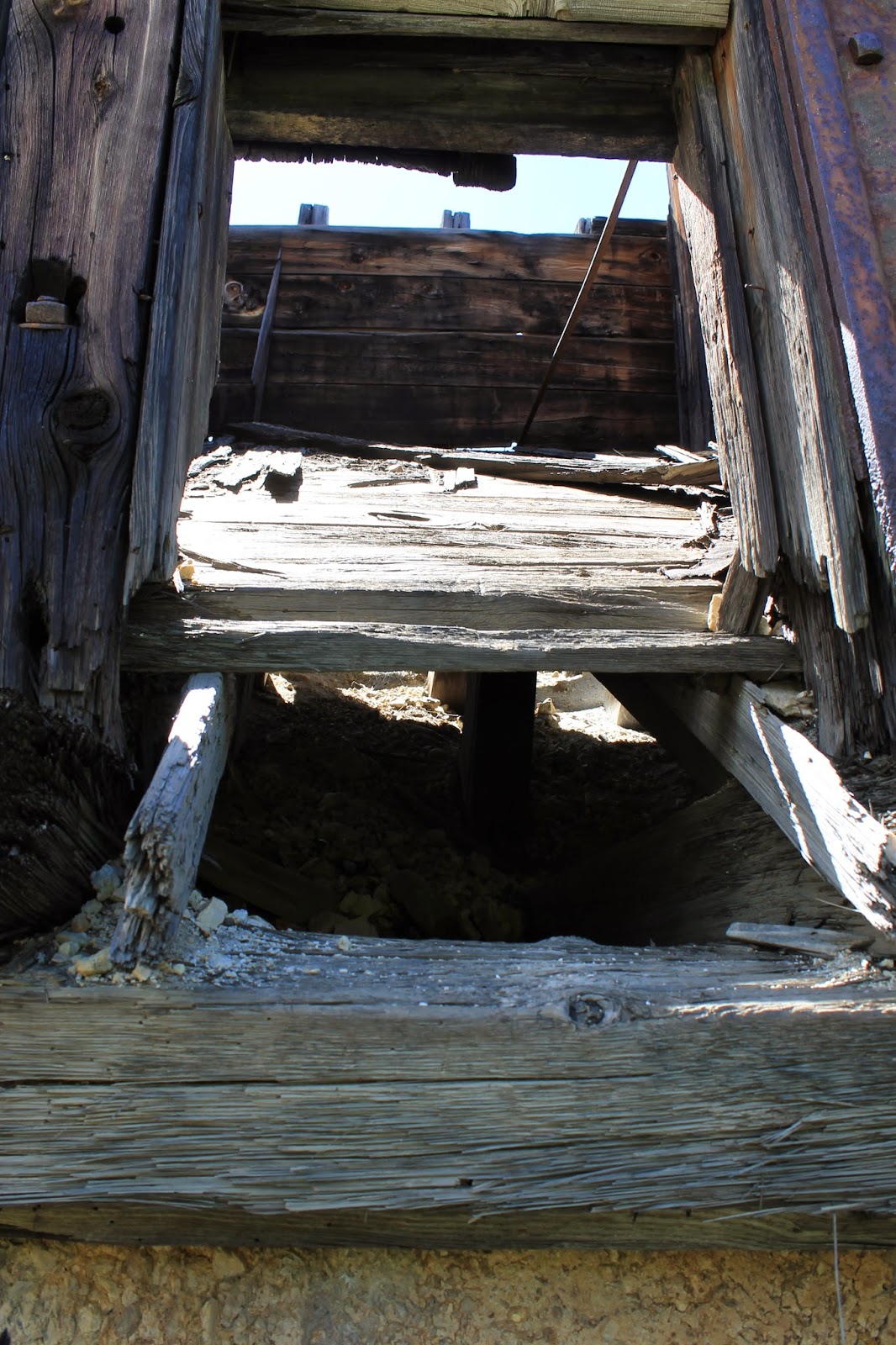 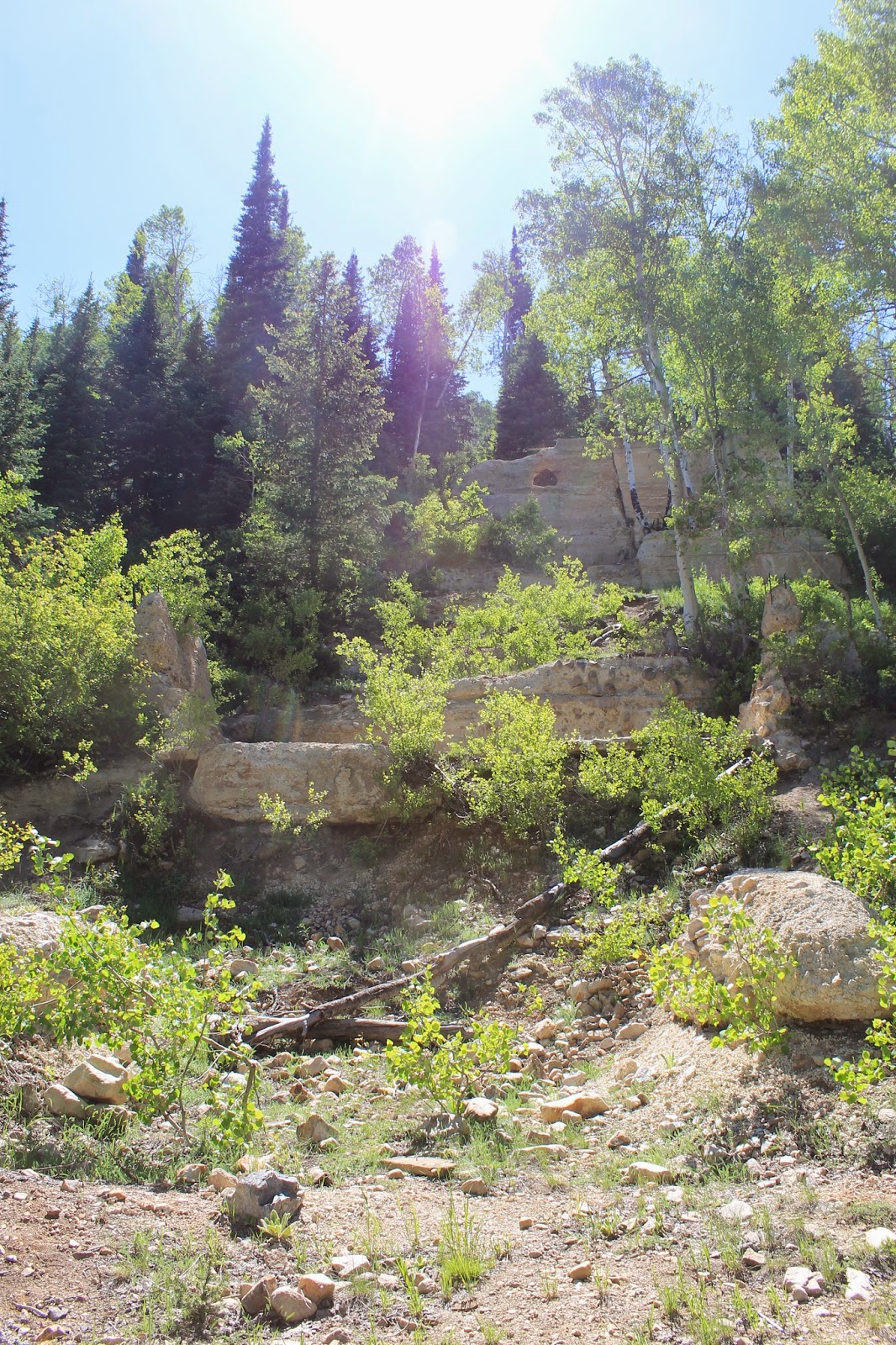 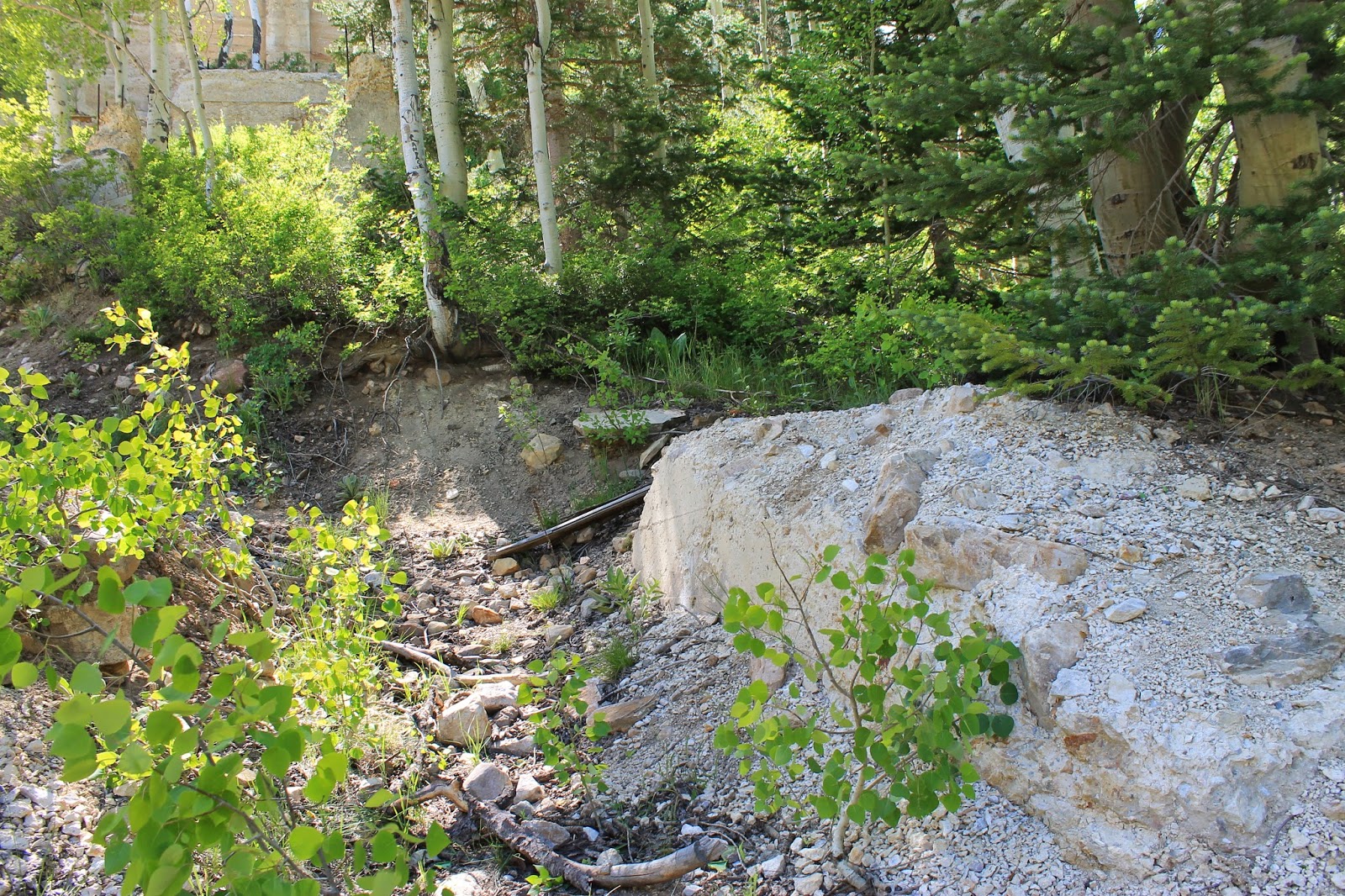 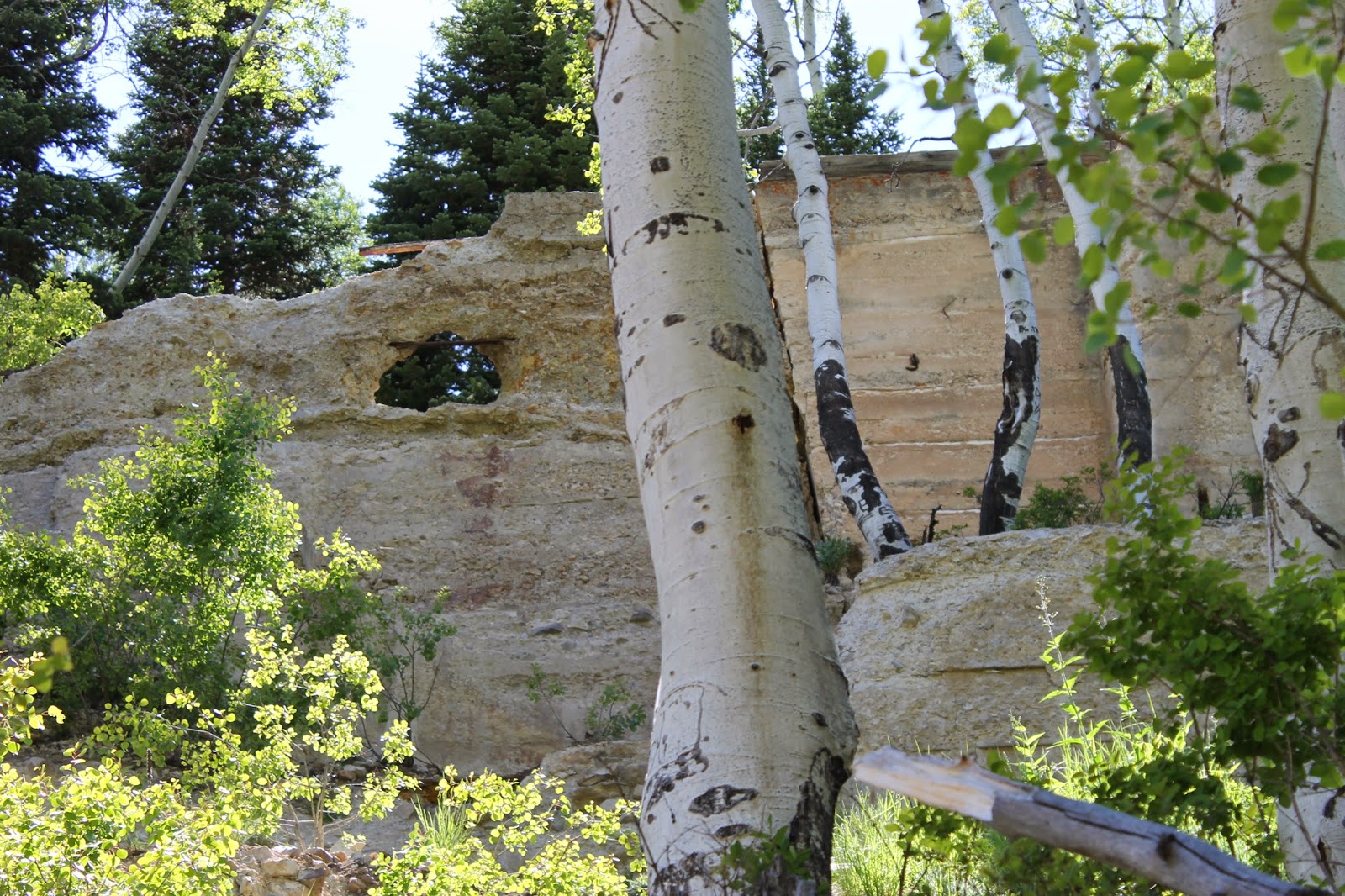